The Oculus Rift offers a polished virtual reality experience, even though it doesn’t have the room-scale virtual reality or touch controllers like the HTC Vive–yet. Here’s how to set up your Oculus Rift, and what you’ll need to know ahead of time.

The entire setup process should take you between 30 minutes and one hour. It’s much easier than preparing for and setting up the HTC Vive, as you don’t have to plan out a large space and arrange base stations. The Rift is intended as a seated and standing experience, not one where you walk around, so there are fewer “moving parts”, so to speak.

RELATED: How to Check if Your PC Is Ready for the Oculus Rift or HTC Vive

Here’s what you’ll need to get started:

It’s a good idea to confirm you have all the required hardware in advance. It’s no fun to take time out of the process to run to Best Buy and buy a little adapter.

The Oculus Setup Tool largely does an excellent job of walking you through unpacking your hardware, properly connecting it, adjusting the headset, creating an Oculus account for you, and setting up the software.

Be sure to take the protective plastic film off everything–you’ll find it both on the headset’s lenses and on the camera sensor. 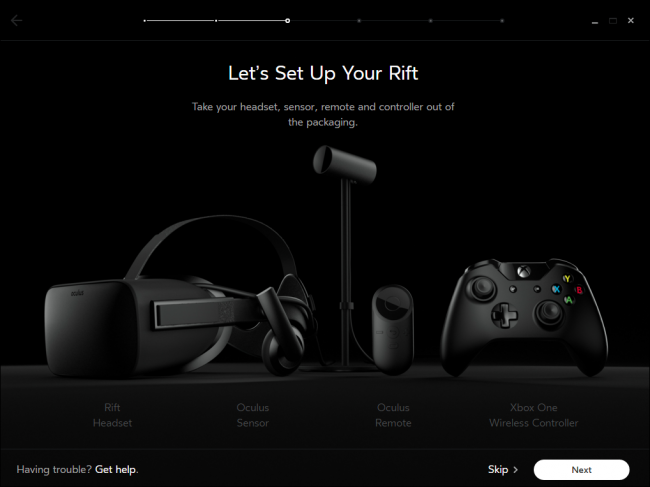 Connect the cables to your computer when requested. Both USB cables should be connected to USB 3.0 ports on your computer. These are usually blue inside (but not always). If you see USB ports without blue inside, they may just be USB 2.0 ports.

When connecting the HDMI port, be sure to connect it to the HDMI port on your graphics card. Your computer may have an HDMI port that connects to the motherboard’s integrated graphics, but you don’t want to use that one for the Rift.

If you do something wrong, the setup wizard won’t let you continue. As long as it says the connection status is “OK”, you know you’ve set it up properly. 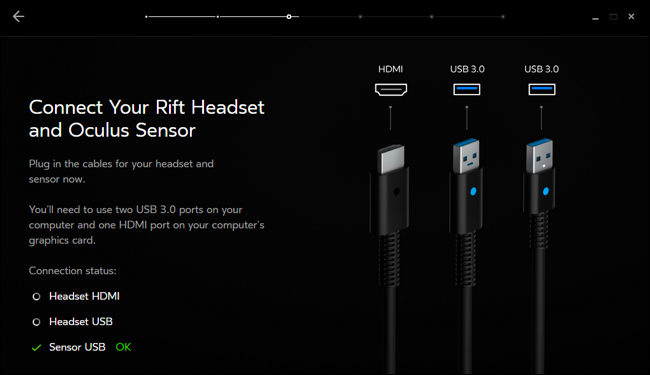 The rest of the process should be very clear. When you’re done, the wizard will instruct you to wear the headset, and will play some demos for you. After it’s done, it will enter the “Oculus Home” environment, a virtual room where you can launch games.

While using the remote, it’s helpful to wear the lanyard around your wrist so you won’t lose it or drop it.

How to Configure Your Oculus Rift to Reduce Blurriness 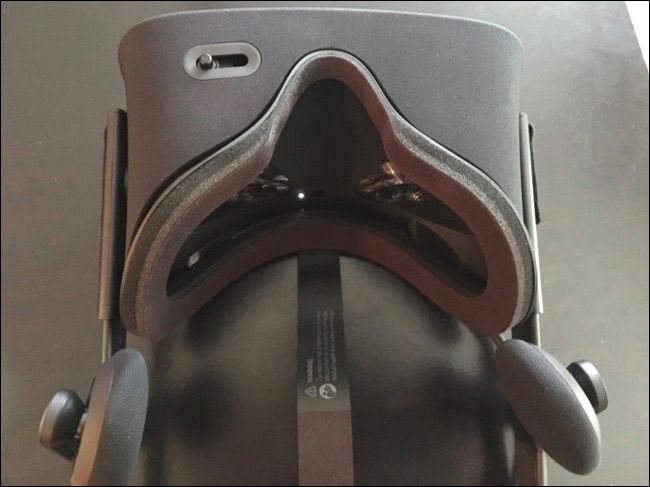 There’s a good chance your Oculus Rift will still look a little blurry, even after you finish going through the wizard. Bear in mind that there are several ways you can adjust the headset:

While wearing the headset, you can press the “Oculus” button on the bottom of the remote or the “Xbox” button at the center of your Xbox One controller. On the universal menu that appears, select the “Adjust Your Lenses” icon at the right side of the screen. You’ll see an “Adjust Your Lenses” screen that will guide you through moving the headset up and down and adjusting the IPD using the sliding switch until it looks best.

How to Use Oculus Home and the Universal Menu 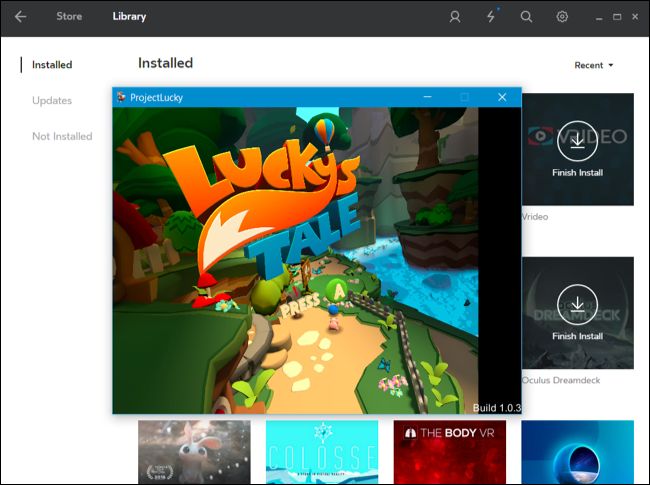 To enter the Oculus Home environment, just put on the headset while the Oculus application is running on your PC. You’ll automatically enter the “Oculus Home” environment, a virtual room which you can launch games and apps from, as well as browse the store. The center of your view appears as a cursor, so just look at something and then press the “Select” button on the remote or “A” button on the controller to activate it.

You can browse available software and install it from within the Oculus Home environment on your headset, or use the Oculus application on the Windows desktop.

If you’re looking for something to play, you can get “Lucky’s Tale” from the store–it’s included free with every Oculus Rift. It’s a fun little 3D platformer that will ease you into the Rift very nicely.

If you want to revisit the demos you saw when you first put on the headset–or you want to show them to someone else–you can download the free “Oculus Dreamdeck” application from the Oculus store. It includes these demos and more.

To access the universal menu, press the Oculus button on the bottom of the remote or press the “Xbox” button on the center of your Xbox One controller while wearing the headset. You’ll see a menu with a variety of options, including a volume control, time, and indicators that tell you whether the remote and controller are connected or not.

There are many other free virtual reality experiences and demonstrations on the Oculus Store, as well as larger paid games. Browse the store to find more VR content.